Here is the overall view of the event.

Ln/028 will be home to the main event. We will have a static camera looking at the stage from the back of the hall.

We will have our main output on one Projector, the other will be used to display the results Powerpoint and dipped to black when not in use.

LN/003 will be our Control Room. There is a door linking to LN028 which we will use for cable runs. Be careful though, this is alarmed to ask the Porters Nicely to turn it off first. 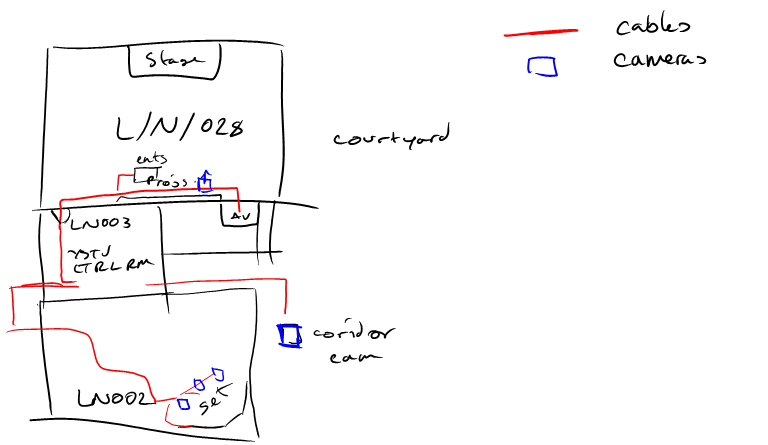 Here is a rough diagram of the Control Room layout for the night.

It's a standard setup with lots of cables flying all over the place. Video, Audio and Comms all come together here in a giant mess behind the desks -- Make sure stuff is labelled! 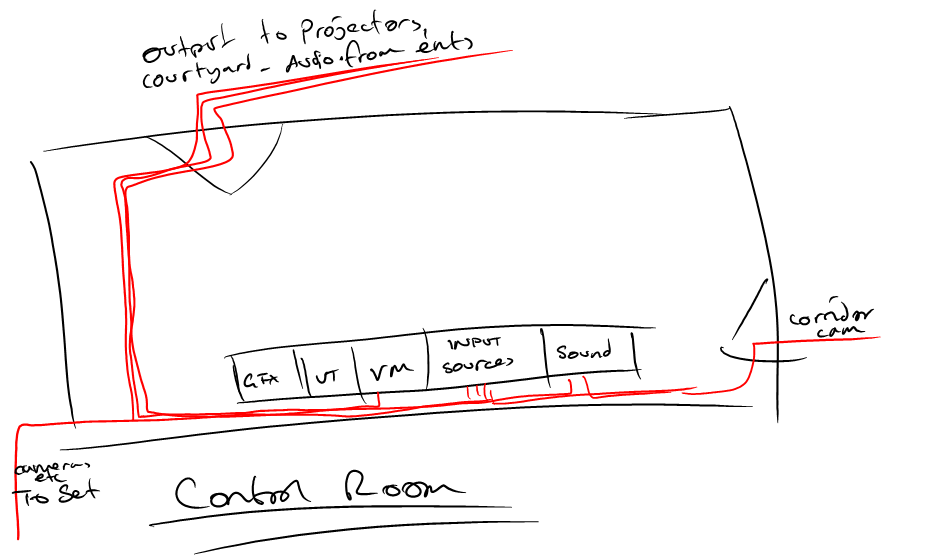 This is the rough plan of the set. It's not to scale (which is why more set boards are drawn than we actually have), but you get the idea.

3 Cameras on two presents (on the chairs) and the guest sofa. There is a laptop on the coffee table as well. The video feed of which will be relayed to the control room for broadcast. 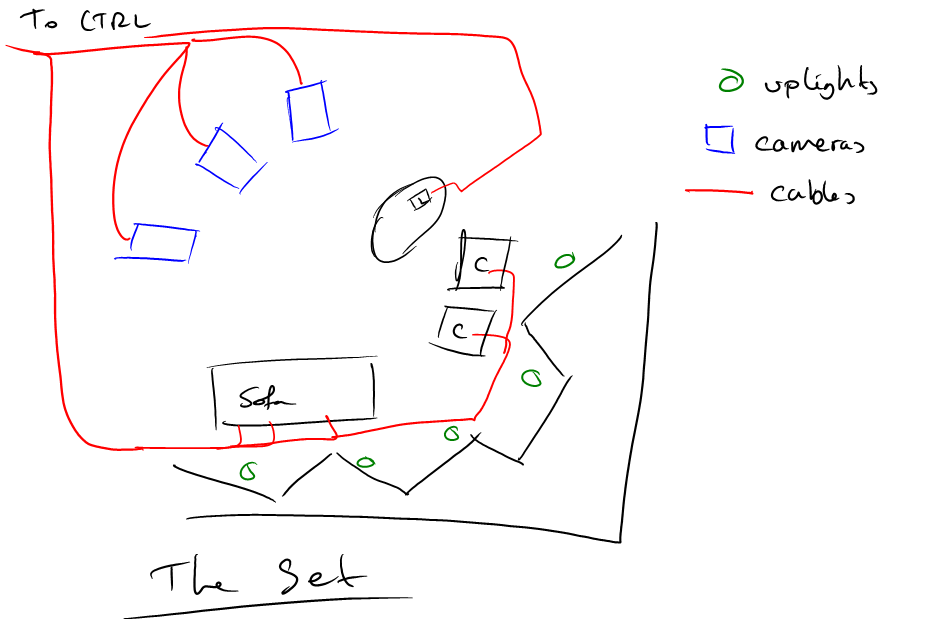 This is a rough list and should include most of what we need. If you see something you think we'll need and it's not on this list, then put it in and write it on the bottom.

Please try and get stuff over in roughly this order, as it'll be the order we need it in.

So, what did we learn this year?