Magic DaVE's are powerful full 3d Digital Video Effects mixers. We use them to switch between different things during a show - like mixing into a VT. Sometime, you may ask what the magic button does, these machines do actually have magic buttons. They do nothing useful - just for configuring menus... which dont really need configuring for what we use them for.

DaVE is a Program/Preset mixer: this means, whatever is on the Program bus is ALWAYS what's going out. The Preset bus is what will go out if you fade across to it using the T-Bar. If you put one thing (call it 'A') on the program bus, and 'B' on the preset bus, and fade between them, at the end of the fade, DaVE will swap them over to make them the right way round again ('B' on the program, and 'A' on the preset). So, watch out! the T-Bar does not indicate which bus is live!

You can switch between items instantly, by just pressing a different source on the Program bus. DaVE can also do the transitions for you, use the 'take' button.

DaVE's panel allows you to change the transition type, (wipes, dissolves, pixelation, PiP...), the colour of the transition, it's size, position, angle, axis... DaVE also has a Huge pile of effects it can apply to the output - the list is almost endless, and again, you can change almost every aspect of them. Warning Attempting to master all of DaVE's quirks and abilities is impossible, don't try it! Also, most of the effects are incredibly cheesey.

DaVE(s) can save settings in them. To do this, set up a shot as you want, like a PiP or a DVE thing. Then navigate to the next available sequence space, and click Save Shot. You can then use these settings on whatever is currently on the Progam and preview busees - i.e. it doesn't have to be the channel numbers you used when you saved the shot. To use the shot, hit "recall shot". DaVE will then Morph it's way to the saved settings, and increment the next shot counter (so if you press recall again, it will do the next saved shot....) 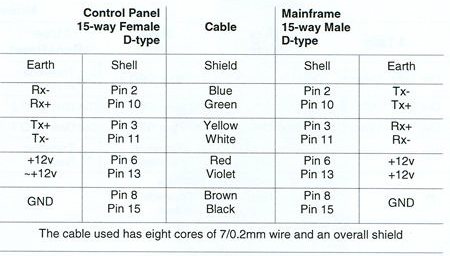 OR, using Sneel & wilcox rollcall: Connect a Buss network using T peices on ALL devices from 75ohm coax, connect in a chain, and on the end devices, add a 75ohm terminator. Do NOT have a network running with the chain end running straight into a device!